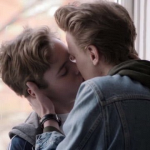 Hi there. Welcome to my page.

My name's Taya. I'm 23 years old and I live in Belgium. I'm a college student and in my free time I like to write, edit and watch tv-shows. I speak 6 languages (Dutch, English, French, German, Spanish and some Norwegian) and I also happen to be a geography nerd. I also listen to music a lot and I'm learning to play the guitar.

If there's anything I can help you with, feel free to leave a message on my message wall.  You can also contact me on twitter via @The100Wikia or my personal account @TayaTinkerbell.

I'm a bureaucrat, admin, chat mod and part of the Update Team here on the 100 wikia.

What I like about the 100 the most is the fight for survival, and the fact that the characters sometimes need to cross the line or make risky alliances to do this. I also like when the show delves deeper into a character's backstory through flashback.

Despite of the controversy I continue the support of the show, although I do not support Jason Rothenberg due to the treatment of actor Ricky Whittle, and the way he treated fans during the third season. I continue to support the show for the cast, and for the story it presents, which still holds valuable representation.

I watch many other shows besides The 100. Chances are you might have seen me on other wikia's as well. Here's a list of some of my favourite shows;

Just to name a few.

Anyways, thanks for stopping by at my profile. If you have any more questions about me, don't hesitate to just ask.

Retrieved from "https://the100.fandom.com/wiki/User:TotallyTinkerbell?oldid=165832"
Community content is available under CC-BY-SA unless otherwise noted.