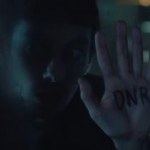 Favorite episode from each season Edit

Earth Kills: I thought that Earth Kills showed us that surviving on the ground is hard and showed us our first glimpse that death will be a common enemy showed by when Clarke had to mercy kill Atom after he fell victim to Acid Fog and when Charlotte murdered Wells to end her nightmares of Thelonious Jaha floating her parents.

Blood Must Have Blood Part 2: I thought that Blood Must Have Blood (Part 2) showed us the cost of winning. When all of Clarke's attempts on insisting to Cage to come up with a solution together including threatening his own father's life and promising that the Mountain Men and the Sky People could live together on the ground. However when all of these efforts are shown futile, Clarke knew what must be done to save her people. With Bellamy, Clarke pulled the lever to eradicate Mount Weather and put an end to the Mountain Men. At this people, Jasper began his series of unhealthy behavior with the loss of Maya believing that he could have killed Cage and everyone would have lived. When all of the Sky People return to Camp Jaha, Clarke chooses to runaway knowing that seeing the people she saved would remind her that she killed off an entire group of people in order to get them to where they are.

Perverse Insantiation Part 2: I thought that Perverse Instantiation (Part 2) showed us the dark reality and what it truly takes to survive. Clarke did the unbelievable to terminate ALIE and to free the chipped by connecting herself to Ontari's Nightblood, putting the A.L.I.E. 2.0 in her head, and, taking the chip. This episode also showed us a massive scale war with hundreds dying and setting the stage for the darkest season yet.

Now before I start explaining my reasons for my choice, Season Four in my opinion had so many diverse and great episodes, it truly was really hard to choose which episode was the best. My honorable mentions for this season are Die All, Die Merrily, Praimfaya, and, God Complex.

The Chosen: I thought that The Chosen showed us that "survival requires sacrifice." The plot was just so perfectly played out and the emotion that this episode set makes this episode in my opinion the saddest episode ever. Jaha wanted to save all of his people and was willing to go to great lengths and potentially great costs to make it happen. Kane on the other hand knew that holding a lottery and calling names of 79 people was the only way of ensuring the Sky People's survival. This episode really showed Jaha at his breaking point of what he believes was what was best for his people. Jaha nearly went this way until Kane was able to coax him into thinking about all the other possible risks that could wipe out all of the Sky People. Then Kane and Jaha gas the room and Kane emotionally says "This is how we save our people."

Retrieved from "https://the100.fandom.com/wiki/User:Tacoman999?oldid=158543"
Community content is available under CC-BY-SA unless otherwise noted.