The 100 Wiki
Register
Don't have an account?
Sign In
Advertisement
in: Events, Sky People Culture and Society, Season One
English

< Sky People
View source
watch 01:36
We're Getting Mutants in the MCU - The Loop
Do you like this video?
Play Sound

Unity Day is an annual holiday of celebration to commemorate the people of the 12 Nations space stations uniting to form the Ark. The event held on October 1st[1]. On the Ark, decorations are put up, speeches are made and pageant as well as a dance are held.

When the Earth first suffered from the nuclear apocalypse, only 12 space stations were operational at the time. This led to roughly 400 people being the last survivors of the human race. During an undetermined amount of time in space, the stations stayed separated from one another. Until one day, Mir floated near Shenzhen. The two stations realized that life would be better if they worked together to survive. Later on, the other stations saw Mir and Shenzhen working together and they wished to join them, thus creating the Ark. The day all 12 stations came together became known as Unity Day. Some time later the Unity Day Celebration was founded.

According to Finn, the 13th Space Station was destroyed in a conflict and the remaining stations decided to work together in order to obtain peace. Jaha later explained that the 13th Station, called Polaris, was blown out of the sky. In 2054, they refused to board the rest of the Ark in fear of infecting the entire Ark mainframe with the second AI that Becca had made. Alpha Station threatened them to comply with the docking or they would be blown out of the sky to send a clear message to the others space stations. Moments before Polaris was blown up, Becca took the AI and launched from the station in an escape-pod. Since then, Polaris been scrubbed from the Ark's history and considered a myth.

Typically, 13 young individuals are selected to participate in the event. 12 of them represent one of the founding 12 Nations. The other young individual retells the history of the Ark while wearing a white sash. 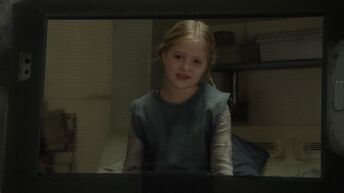 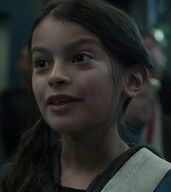 Every year on Unity Day, the younger people on the Ark are allowed to get together and hold a dance. Every year may have a different theme.

When Octavia Blake was 16 years old, her brother, Bellamy Blake, allowed her to attend the Unity Day masquerade dance. Everyone was required to wear masks and at midnight they would take them off. A solar flare disrupted the festivities, however, and Octavia was eventually caught and arrested and her mother floated.

After the 100 Delinquents were sent to the Ground, Diana Sydney arranged for a bombing on Unity Day carried out by Cuyler Ridley. The bombing was meant to kill Chancellor Jaha (whom she previously tried to have assassinated) and all of the remaining council members. Two Sky People and four Council members died, however, the bombing was unsuccessful in killing the Chancellor.

The next day, Sydney and her followers stole the Exodus ship which were reserved for the first Ark citizens that would land on Earth once it became viable again. It left The Ark crippled and an estimated 1,500 Sky People died. Once it entered Earth's atmosphere Mount Weather caused the Exodus ship to crash, killing all on board, including Sydney.

Through Octavia's relationship with the Grounder, Lincoln, Finn Collins devises an attempt at a peace meeting between the Delinquents' leader, Clarke Griffin, and Lincoln's leader, Anya. The meeting takes place on a bridge with factions from both sides bringing back-up in the form of guns and bows and arrows. When Jasper Jordan spots Grounders with weapons in the trees, he opens fire, causing a shoot-out where two Grounder warriors are killed. The Delinquents flee back to The Camp to await retaliation.

After Trikru sent John Murphy to infect the Delinquents with hemorrhagic fever, Octavia discovered from Lincoln that the Grounders were planning on attacking The Camp at dawn. In order to stop the impending attack, Raven Reyes used leftover hydrazine from Sydney's crashed drop ship to build a bomb. Raven then planted the bomb on the bridge used during the peace meeting and Jasper used a gunshot to ignite it, destroying the bridge and killing and injuring several Grounders in the process, including Anya's Second, Tris who subsequently died of her injuries.