The 100 Wiki
Register
Don't have an account?
Sign In
Advertisement
in: Groups, Grounder Culture and Society, Trikru
English

< Grounders
View source
watch 01:36
We're Getting Mutants in the MCU - The Loop
Do you like this video?
Play Sound

Coalition
The Trikru, also known as the Woods Clan, People of the Woods, Trigedakru, and Tree People, are a Grounder Clan that inhabited the expanse of woodlands around the area in which the Sky People landed. Their borders also extended to the location which was once Washington, D.C., but is now known as Tondc. Their largest city was Polis, which also served as the capital of the Coalition and was where the Commander resided.

The Trikru initially had a hostile relationship with the Sky People, as well as a long history of fighting the Reapers, Mountain Men, and Azgeda. They were the primary antagonists of the first season.

The clan's origins can be traced back to the pre-apocalypse environmentalist group known as Tree Crew. After the Final Conclave, Trikru was merged with the other clans into Wonkru.

The Trikru are a group of Grounders who came together after the Nuclear Apocalypse in 2052. Two years after the apocalypse, a group of Second Dawn defectors led by Callie Cadogan left the Second Dawn Bunker to reclaim the ground. These defectors were associated with the pre-apocalypse environmentalist group known as Tree Crew. The bunker itself is located in what later became Polis and Trikru territory. This group are thus likely the foundation for the Grounder clan, and the clan also adopted the Tree Crew symbol as their own.

Not much is known about Trikru's early history after that. At some point they were invaded by Sangedakru, another Grounder clan that was led by Sheidheda. They were also at war with Azgeda until Commander Lexa united the 12 Grounder Clans under her Coalition. Even then, the animosity between Trikru and Azgeda continued to persist. Besides rival clans, Trikru's biggest threats were the Reapers and Mountain Men.

After the Sky People wiped out the Mountain Men, there was tentative peace as Trikru allowed the Sky People to live on their land. The Sky People eventually joined Lexa's Coalition as the thirteenth clan so as to make peace with the Grounders. However, a civil war broke out among the Sky People, leading to Charles Pike and his followers slaughtering 299 Trikru warriors who had been sent to help them. After Pike's faction was defeated, tensions between both sides died down as they were faced with bigger threats, first with A.L.I.E. and then with the impending Second Nuclear Apocalypse. After the Final Conclave, Trikru was merged with the other Grounder Clans and the Sky People into a single clan known as Wonkru.

While they were no longer an independent clan, Trikru members were still shown to be loyal to each other under Indra's leadership.

Most Trikru children begin to learn from a young age how to be warriors and are taught English, weapon skills, and their people's customs. Trikru warriors are known to wear black war paint. Many also have black tribal tattoos on their face, chest, back and/or arms.

Trikru are known to speak their native language, Trigedasleng. Typically, only the warriors also speak American English (Gonasleng), which makes them bilingual.

It is customary for Trikru to burn their dead on funeral pyres. When they ready their dead for the fire, part of the ritual involves saying the phrase: "Kriken sonraun en branon. Kom graun, oso na graun op. Kom folau, oso na gyon op." (From the earth, we will grow. From the ashes, we will rise.) In "Remember Me", Finn Collins's body is given to the people of Tondc so that "murderer and murdered [can be] joined by fire." 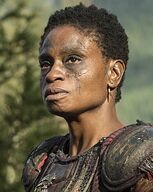 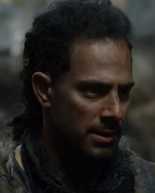 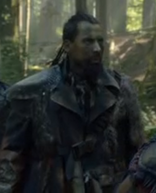 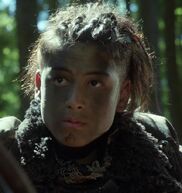 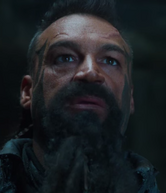 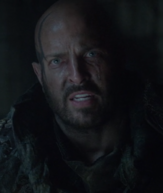 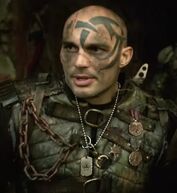