Commander The Coalition or Kongeda Commander, was an alliance of twelve Grounder clans and the Sky People who reside in the Eastern United States. The twelve clans were brought together by Commander Lexa to fight against Mount Weather.

The Commander, also known as Heda Commander, is the title, given to the user of the Flame. The Flame is a cybernetic implant created by Becca. She was the Flame's first user and the title "Commander" originated from the badge on her spacesuit when she descended to Earth from Polaris two years after the Nuclear Apocalypse. After her death, she became known as Bekka Pramheda ("Becca First Commander" in Trigedasleng).

Commander The Woods Clan, also known as People of the Woods, Trigedakru, Trikru, or Tree People, are a group of Grounders who inhabit the expanse of Virginia's woodlands. Their borders also extend to the ruins of what once was Washington, DC and near the ruins of the Lincoln Memorial. In Remember Me, it is revealed that Lincoln's village is named Tondc, probably due to a damaged sign nearby that reads "Washington DC 10 Miles."

Commander The Ice Nation, also known as Azgeda, is a clan that was ruled by King Roan and Queen Nia. This clan is currently allied with the Woods Clan, but they were previously at war. Their territory stretches for a thousand miles. It borders Trikru territory at Sector 8, but the ice is farther to the north.

Commander The Boat People, also known as Floudon Kru or Floukru,[7] is a clan ruled by Luna.[8] This clan is allied with the Trikru and, according to Lincoln in I Am Become Death, they live "east to the sea, then across it." Lincoln met Luna on his travels.[9] 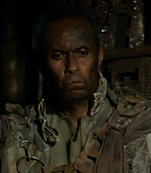 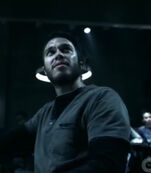 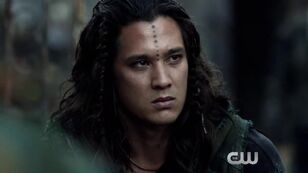 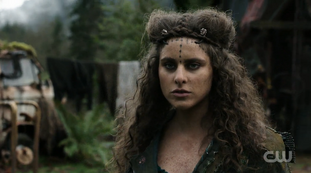 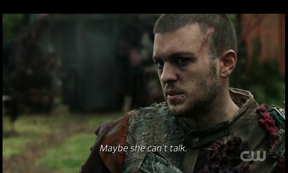 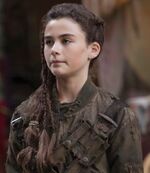 Commander The Sky People, also known as Skaikru, is the thirteenth clan.