The 100 Wiki
Register
Don't have an account?
Sign In
Advertisement
in: Grounder Culture and Society, Groups, Azgeda
English

The Azgeda also known as Azgedakru[1], or Ice Nation, was a Grounder clan that was ruled as a kingdom. Previous monarchs included King Theo, Queen Nia, and King Roan.

Azgeda had a reputation for ruthlessness and maintained hostile relationships with some of the other clans, particularly Trikru. Their territory on Earth stretched for a thousand miles. Azgeda bordered Trikru territory at Sector 8, but the ice was farther to the north.

After the Final Conclave and the death of King Roan, Azgeda was dissolved and merged with other clans into Wonkru.

Azgeda is known to be ruthless even by Grounder standards. At least one of their chiefs, Tybe, is shown to practice slavery, enslaving other Grounders and at least one Sky Person. Azgeda characters such as Ontari, Echo, and the original Echo are shown to have been separated from their parents and trained from a young age to be warriors, spies and assassins.

They maintain hostile relationships with several of the other Grounder clans, particularly Trikru. Azgeda and Trikru were at war with each other before Commander Lexa united all of the clans and founded the Coalition. Lexa tells Clarke Griffin how Queen Nia[2] tortured and killed her lover, Costia, because she believed that Costia knew all of Lexa's secrets. In retaliation, Lexa banished Nia's son, Prince Roan, as part of the conditions[3] for allowing Azgeda into her Coalition[4].

They are referred to as the "Azgeda" in Trigedasleng.[5]

Many Azgeda have distinctive facial scarring. Roan went so far as to hiding them when he was on his mission to find Clarke Griffin on behalf of Commander Lexa, indicating that these scars are often used to identify members of the Ice Nation. Similarly, Niylah's family had to live in the outskirts of Trikru territory so that no one would see her mother's Azgeda scars.

Echo later reveals to Octavia Blake that the facial scars signify that "the pain is over, the wound is healed, so that we never forget." She subsequently tells Anders that the scars are how Azgeda show that they're ready to go to war. 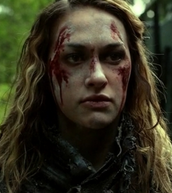 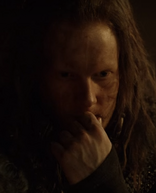 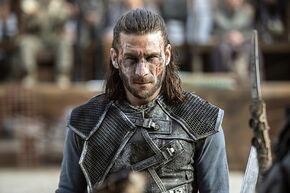 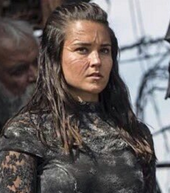 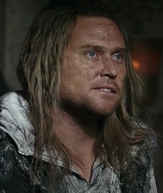