The Prisoners were convicted criminals from the mid 21st century who were sentenced to hard labor. They were incarcerated by the Eligius Corporation and sent on Eligius IV to mine the asteroid Proxima 6. The prisoners were divided in two factions. One was led by Charmaine Diyoza and the other by Paxton McCreary. They are later led by Nikki.

Described as "the worst of the worst," the prisoners included political terrorist Charmaine Diyoza, mob/cartel enforcer Paxton McCreary, insane and possibly cannibalistic serial killer Michael Vinson and bank robbers turned murderers Hatch and Nikki. Incarcerated by the Eligius Corporation, the prisoners were sent on Eligius IV to mine the asteroid Proxima 6 for hythylodium.

After the prisoners started getting sick and the Eligius Corporation decided to initiate "Order 11", which would abandon the convicts at the Asteroid Mining Penal Colony, Miles Shaw made a deal with Diyoza to deactivate the shock collars. This allowed the prisoners to kill the rest of the crew and take over the ship. The prisoners decided to return to Earth, however one of the ship's engines was destroyed in the mutiny, causing the journey home to take over a hundred years during which they went into cryosleep.

Diyoza planned to launch an insurrection back on Earth to overthrow the government using weaponized hythylodium as leverage. However, when the prisoners arrived at their destination, they found a desolate post-apocalyptic world. The prisoners subsequently entered a war for control of the last surviving valley with Wonkru and a civil war within themselves between factions led by Diyoza and Paxton McCreary while Doctor Abigail Griffin was able to cure their illness. The conflict ended with the deaths of all but 36 prisoners and the destruction of the valley by McCreary before he was killed by Clarke Griffin, leaving the Earth completely uninhabitable. The surviving prisoners joined Wonkru in entering cryosleep for 125 years onboard Eligius IV in order to survive.

After arriving on Sanctum, the surviving prisoners were eventually revived from cryo and offered a deal where in exchange for helping Wonkru build a new compound, they would be allowed equal living space. Though the prisoners took the deal, led by Hatch, a former bank robber, many were displeased with the conditions they lived in. Following the deaths of Hatch and three other prisoners fixing a reactor meltdown, the prisoners, under the command of Nikki, led an uprising with the Children of Gabriel to get revenge upon Raven Reyes for their losses. The uprising was quashed by Wonkru with minimal losses and the prisoners surrendered once again. They later agreed to work for Sheidheda after he gave them the option of "kneel or die."

After Nikki gives up on revenge, the prisoners ally themselves with Wonkru against the Disciples. When the human race achieves Transcendence, the surviving prisoners are amongst them.

In Praimfaya, the Gagarin transport ship lands in Shallow Valley, carrying some of the prisoners.

In From the Ashes, the surviving prisoners have been awakened from cryo and are one of the factions occupying Sanctum under the promise of equal living conditions if they help to build a new compound for the people from Earth to live in. However, Nikki is displeased with this and gets into an altercation in the tavern with Jordan Green. It's stated that there are only 36 prisoners left alive.

In False Gods, Clarke suggests using the prisoners, living in a tent camp, to help repair Sanctum's nuclear reactor which is in danger of melting down. However, Raven refuses to trust the prisoners and instead decides to use Wonkru welders. However, after Gaia reveals the destruction of the Flame, much of Wonkru abandons the cause.

With no other choice, Raven approaches Hatch and the prisoners for help with repairing the cooling system, playing down the danger from the radiation. Hatch agrees to help in exchange for all of the Jo Juice that the prisoners can drink, a deal that Raven accepts. While Emori repairs the reactor core, Hatch and three other prisoners weld the two cracks in the cooling system, struggling to get the work done in time with the reactor temperature rising dangerously and their patches having trouble holding. With the radiation being more severe than Raven expected, the prisoners begin to succumb to radiation poisoning. Knowing that the prisoners have already taken too much radiation and unwilling to trust them to do the right thing if they know that they are dying, Raven lies about the source of their illness and sends John Murphy to help finish the job. At the last possible second, Murphy and Hatch, who implies that he has already figured out the truth, manage to fix the cooling system and stop the meltdown. All four prisoners die of the radiation with only Murphy and Emori, who are both Nightbloods and protected from the radiation, surviving.

In the aftermath, Murphy and Raven remove the prisoners' bodies to the machine shop where Nikki arrives with two other prisoners looking for her husband. Enraged and grief-stricken, Nikki violently assaults Raven and has to be dragged off by the other two prisoners.

In Nakara, after Wonkru's weapons disappear, Indra suspects the prisoners to be responsible and enlists Murphy's help to confront Nikki about it. Nikki makes it clear that she desires revenge against Raven for the death of her husband, but denies the threat. Later, Sheidheda tells Nelson that the prisoners want power and revenge and if he wants the same, the Children of Gabriel must first ally with them. After taking control of Wonkru, Indra assigns Knight to recover Wonkru's weapons from the Eligius prisoners.

In The Queen's Gambit, Nikki attempts to recruit Nelson into the prisoners' planned assault. At the Reunification Ceremony, several of the prisoners led by Nikki storm in and take everyone hostage with Nelson and the Children of Gabriel joining them after Nelson's father tries to kill him. Nikki stops Nelson from killing Emori, stating that they need to make demands before they start killing people.

In The Flock, Nikki takes advantage of the hostage situation to demand the surrender of Murphy, Sheidheda and Raven, threatening to start executing hostages if they don't comply within 20 minutes. With Raven missing, Murphy and Sheidheda surrender themselves, but Sheidheda has Alyssa lead Wonkru to a secret tunnel leading into the Great Hall where the prisoners and Children of Gabriel are holding their hostages. Nikki and Nelson force Murphy, Emori and Sheidheda to admit the truth about their identities before Nikki tries to execute Emori for Raven's failure to show up. Murphy takes credit for using the prisoners to fix the reactor, stating that it wasn't Raven's idea but his own, causing Nikki to turn on him. Before the situation can go any further, Wonkru invades, killing one prisoner and two Children of Gabriel. Outnumbered, Nikki, Nelson and their remaining forces surrender without a further fight and are led away by Wonkru.

In A Little Sacrifice, Charmaine Diyoza sacrifices herself to stop the spread of Gen-9 on Bardo, leaving only 30 prisoners left alive.

In The Stranger, Sheidheda calls in the prisoners and the Children of Gabriel to demand that they kneel before him or die. Led by Nikki, the prisoners immediately kneel while the Children of Gabriel refuse and are massacred. The prisoners help clean up after the massacre and Sheidheda sends Nikki to follow Indra, causing her to get captured by Murphy and Emori when she finds their hiding place for the survivors of Sheidheda's earlier massacre of the Faithful. 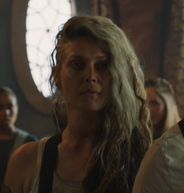 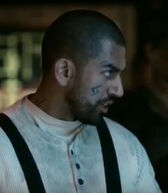 Hugo
Add a photo to this gallery 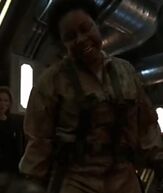 Cash
Add a photo to this gallery 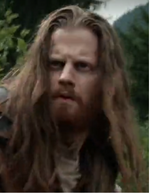 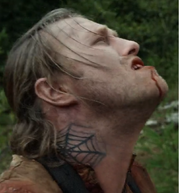 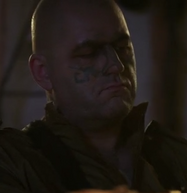 Dexter
Killed by an explosion caused by Murphy and Emori 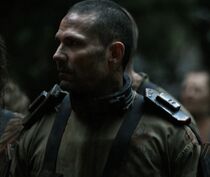 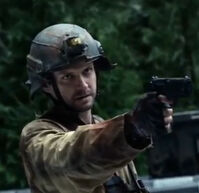 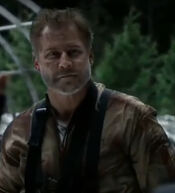 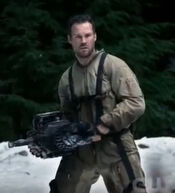 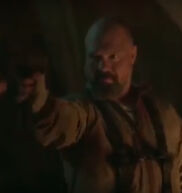 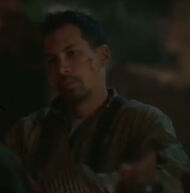 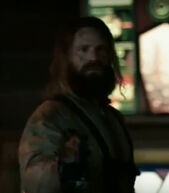 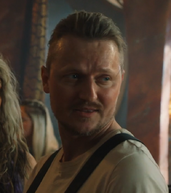 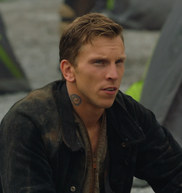 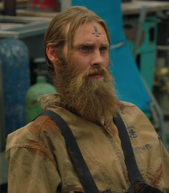 Retrieved from "https://the100.fandom.com/wiki/Eligius_Prisoners?oldid=229014"
Community content is available under CC-BY-SA unless otherwise noted.