The 100 Wiki
Register
Don't have an account?
Sign In
Advertisement
in: Groups, Eligius, Sanctum Culture and Society,
and 4 more

The Eligius Corporation (also known as the Eligius Mining Company or simply Eligius) was a company founded prior to the first Nuclear Apocalypse. It was responsible for carrying out interstellar missions to mine asteroids for possible resources as well as searching for habitable planets.[1]

Eligius III was a colonization mission sent to find new habitable worlds for humanity. Of the five worlds visited by Eligius III, one, is known to have been successfully settled and another had the mission fail when most of the team was killed in a transport ship crash.

Eligius III was a colony mission sent to explore five potentially habitable extrasolar worlds to tap for oil since Earth had been "tapped dry" of all of its oil. Each world was named after a letter of the Greek alphabet: Alpha, Beta, Gamma, Delta, and Epsilon. The ship's mission was to drop the mission teams on each habitable world.[2][3] Nightblood was used on the crew to help them withstand the radiation caused by the two suns that Alpha orbited, but the radiation levels were later discovered to be safe. The Eligius IV crew mentioned them several times. Mission Team Alpha succeeded in creating a colony on Alpha, which was renamed Sanctum. Mission Team Beta's transport ship crash-landed into Beta, killing all but one member of the team and preventing their colonization effort. At least two of the planets, Alpha and Beta, were connected by the Temporal Anomaly, which caused Gabriel Santiago to suspect that their selection was not a coincidence.

Eligius IV was a mining ship designed to be used for interstellar missions to mine asteroids and was later used to search for habitable planets. Originally, it was sent to a mining mission to the asteroid Proxima Six. However, on April 4, 2047, onboard Eligius IV, at the Asteroid Mining Penal Colony, when the crew reported that the prisoners were getting sick, the Eligius Corporation decided to start "Order 11", which would abandon the prisoners on an asteroid, and bring home the hythylodium.[4][5] Captain Stevens agreed, but the ship's crew member, Miles Shaw did not, which led to the shock collars being deactivated, causing a mutiny at the penal colony and on the ship that killed Captain Stevens and the crew of the ship, except Shaw, and destroyed one of the engines. The prisoners decided to return to Earth, but with one less engine working, the journey home would take decades. Therefore, the prisoners were put into cryosleep, and in 2156, they finally returned to Earth.

The Eligius Corporation had four spaceships: Eligius I was an unmanned ship, Eligius II was a failed mission, Eligius III was a colony ship sent to five potentially habitable worlds, and Eligius IV is a mining ship that used prisoners for manual labor on the asteroids. A few of them were Motherships with their crew.

In Sleeping Giants, a mining ship called, Eligius IV, was owned by the company. Monty Green mentions that there are missions sent to mine asteroids or search for habitable planets, and company were mining for "hythylodium", an incredibly efficient energy. Miles Shaw also mentions that there's a ship called Eligius III and they have Nightbloods.

In Pandora's Box, Raven Reyes shows John Murphy a list of four Eligius ships and describes the missions of Eligius I, Eligius II and Eligius IV. Murphy asks about Eligius III and Raven reveals that the file is so heavily encrypted that even she can't break it after hours of trying which Raven finds to be weird. Raven's attempts to hack into the file are interrupted by Shaw's efforts to hack the ship's controls.

In Red Sun Rising, a flashback shows that in 2045, a mission team from Eligius III is on Alpha. They decided to name Alpha, "Sanctum". Later, one of the members of the mission team suffers psychosis from the Red Sun eclipse.

In The Blood of Sanctum, it is revealed that the other planets that the Eligius III visited were known as Beta, Gamma, Delta and Epsilon.

In The Garden, Gabriel Santiago, one of the original Mission Team Alpha, recognizes a body on Skyring as that of his friend Doctor Colin Benson from Eligius III's Mission Team Beta. Thus, Gabriel realizes that Skyring is actually Planet Beta from the Eligius III colonization mission. As the Temporal Anomaly is present on both planets, Gabriel suspects that their choice by the company wasn't a coincidence and thinks that the Disciples from Bardo are also the descendants of Eligius colonists. From Colin's Memory Drive, Gabriel learns that Mission Team Beta's colonization effort failed when their transport ship crashed on the planet, killing all but Colin.

In Welcome to Bardo, after learning that the Disciples came to Bardo through the Anomaly from Earth, which had its own Anomaly Stone, Gabriel realizes that they're not from Eligius III.

Team Alpha was a group of 13 settlers sent to study the moon, Alpha. They were brought to the site on Eligius III and were led by Russell Lightbourne - an astronomer, charismatic leader, visionary and pioneer. 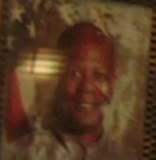 The Beta mission ended with all but one of the team being killed in a crash on Planet Beta, ending any attempt at creating a colony. The sole survivor, a quantum physicist named Doctor Colin Benson, studied the Temporal Anomaly on the planet before eventually dying of unknown causes. His Memory Drive was later recovered and reviewed by Doctor Gabriel Santiago of Mission Team Alpha. 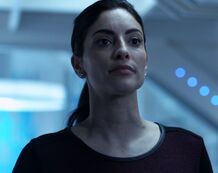 These prisoners were convicted criminals from the mid 21st century who were sentenced to hard labor. They were incarcerated by the Eligius Corporation and sent on Eligius IV to mine the asteroid Proxima 6. The prisoners are roughly divided into two factions, one led by Charmaine Diyoza and the other by Paxton McCreary. After the prisoners started getting sick and the Eligius Corporation decided to initiate "Order 11", which would abandon the convicts at the Asteroid Mining Penal Colony, Miles Shaw made a deal with Diyoza to deactivate the shock collars. This allowed the prisoners to kill the rest of the crew and take over the ship. The prisoners decided to return to Earth, however one of the ship's engines was destroyed in the mutiny, causing the journey home to take over a hundred years during which they went into cryosleep. Diyoza planned to launch an insurrection back on Earth to overthrow the government using weaponized hythylodium as leverage. However, when the prisoners arrived at their destination, they found a desolate post-apocalyptic world.