The 100 Wiki
Register
Don't have an account?
Sign In
Advertisement
in: Characters, Female Characters, Deceased,
and 2 more
English

View source
watch 03:36
Wiki Targeted (Entertainment)
Do you like this video?
Play Sound

Callie "Cece" Cartwig was a major character in the first season. She was portrayed by cast member Kelly Hu, and only appeared in the series premiere. Callie was an Officer on the Ark.

In Pilot, Callie is seen talking to the people on the Ark about the 100 going down to Earth. She said that she can't confirm or deny anything at the moment. When Callie learns that Abigail Griffin is going to be executed she goes up to Marcus Kane to tell him that he is out of his mind and he can't kill everyone who disagrees with him. She says that Abigail is her friend leaving Kane to reply that he can't do anything to stop it. Kane and Callie share a close moment. She tries to implore him to give Abby amnesty, asking him to think of their own relationship. He answers by saying that no matter what he feels, he can't. When its time, Callie breaks into tears walking with Abigail to the place where she will be executed, embracing her and refusing to let go even at the behest of the guards. Abby then asks Callie to watch out for her daughter. When the door to the airlock is about to close Chancellor Thelonious Jaha demands that the execution be stopped immediately. Callie is thrilled for Abigail, and hugs her friend.

Sometime after this she was floated for unknown reasons.

Callie was a brave and kind woman who is loyal to her friends. She defended Abigail fiercely when Kane ordered her execution.

Callie had black hair, dark brown eyes and a light complexion. She appeared to be of Asian descent.

Abby is Callie's closest friend. Abby trusts her enough that she was willing to ask her to watch over Clarke while she awaited her execution. Callie is very attached to Abigail, and did every thing she possibly could to stop her friend's pending death.

Councilman Marcus Kane and Callie share a personal connection that is shown in the pilot episode. They appear to know each other beyond a professional level which is evident by Callie's visit to Marcus' personal quarters to talk to him. Their relationship is suspected to be romantic, either presently or in the past. Callie hesitates to ask Kane for a personal favor, begging him to save Abby's life. 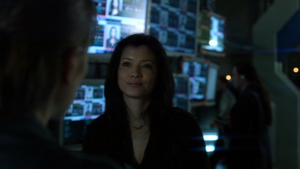 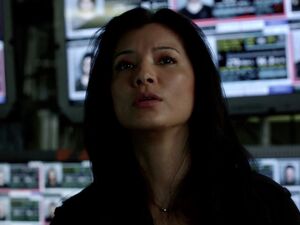 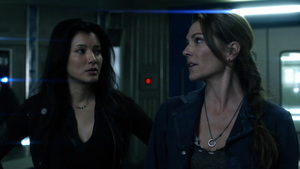 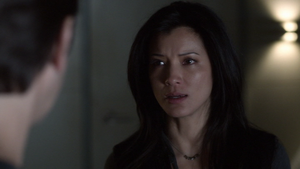 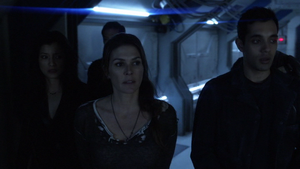 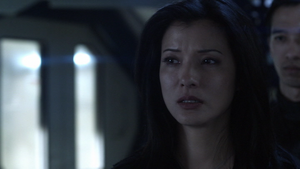 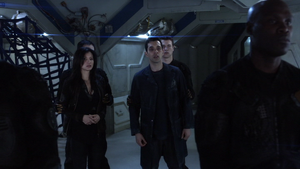