Artigas was a minor character in the second season. He was portrayed by Cameron Roberts and debuted in "Reapercussions".

Artigas was a Grounder and a member of Trikru. He, with his clan, had been living in the area the delinquents landed in. In the second season, he helped rescue his father from Reapers. Later, he was killed by Finn Collins in Tondc.

Artigas was born on Earth. At some point, he began his training as a Trikru warrior.

In Reapercussions, Artigas, Indra, Penn, Tomac, and a few other warriors are tracking the Reapers through the woods, since some of their people including Artigas' father and Nyko were kidnapped. Indra decides to set a trap using bait for the Reapers. Artigas thinks she is referring to him but she reassures him that he is a warrior and that it is Octavia who will be the bait. Artigas helps fight the Reapers and saves Octavia's life at one point during the battle by shooting a Reaper with an arrow. They successfully rescue the Grounders that were held captive and Artigas and his father hug.

In Human Trials, Artigas is woken from his sleep after a fire occurs. The fire was started by Finn Collins as a distraction. Finn and John Murphy hold a Grounder at gunpoint, and demand to speak to the leader of his Clan. Nyko allows them to search the camp and orders everyone, including Artigas, to stay in the center. After the search Finn finds some salvaged clothing that came from the Delinquents and questions Nyko. Suddenly, an old man attempts to run, and is quickly shot by Finn. Artigas and several others follow but are quickly shot down. Finn keeps shooting at the Grounders until Octavia, Clarke, and Bellamy show up. Nyko and Octavia run over to Artigas' lifeless body and are saddened at his death.

In Remember Me, Artigas' body is ceremonially burned with the other 17 victims of the massacre including Finn Collins.

Artigas is brave and fair. He saved Octavia in early Season 2 from a Reaper. Later on, he died trying to escape a massacre by Finn in his search of Clarke. He never showed harm to the Sky People, in fact he saved Octavia, but was still loyal to his own.

Artigas is in his early teens and is of average height. He has black hair that he keeps in several braids, and dark brown eyes. His weapon of choice is a bow and arrow.

Note: The picture goes in episode order. To see the order of the episodes please visit Episode Guide. 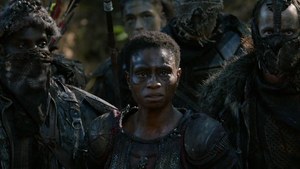 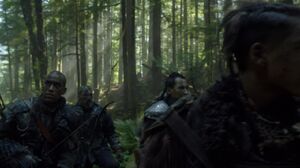 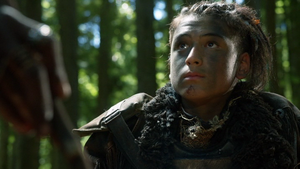 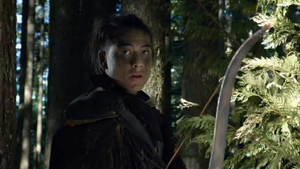 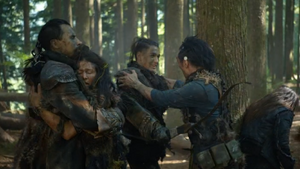 Reapercussions - Artigas is reunited with his father 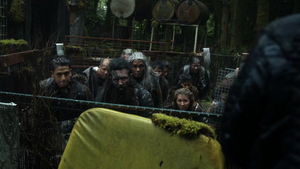 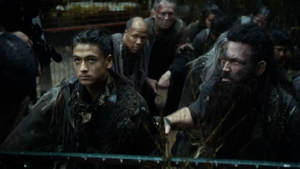 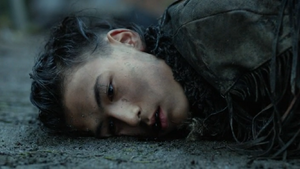 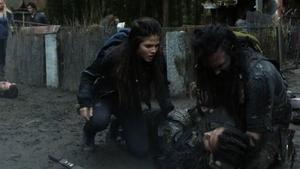